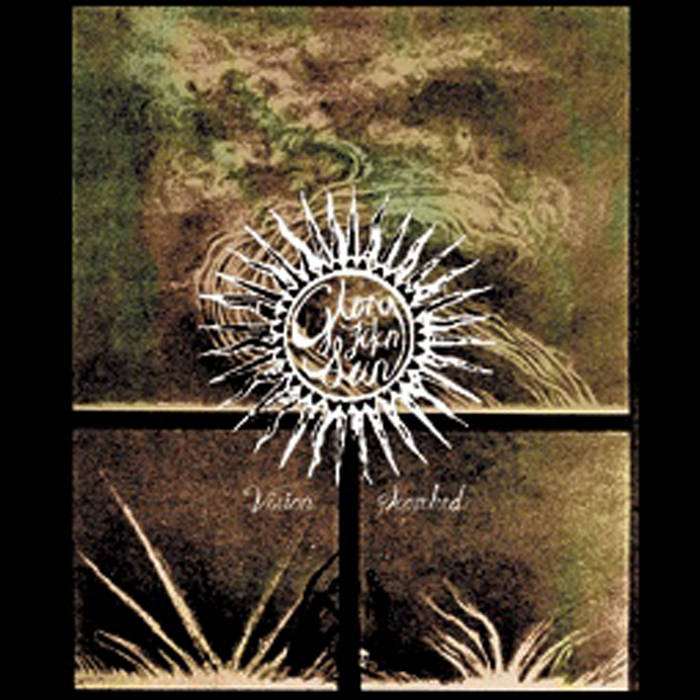 Formed in 2003 as a conduit for intense ritualistic sonic exploration Glory Fckn Sun is the ecstatic psyche-noise trio of Antony Milton (guitar/electronics), Ben Spiers (guitar/violin/electronic) and improv percussionist Simon O'Rorke (gongs/percussion).
'Vision Scorched' collects together one studio track and two live pieces. These range through long form rumbling distorted deep space explorations (complete with supernova and the odd blackhole), intense yet ethereal harsh noise to close with a droning metaphysical raga-esque paean to the great cosmic inevitable of the collapse of the sun, And of light itself.
Glory Fckn Sun have been described as having a sound that is like a cross between Flies Inside the Sun and Keiji Haino.

Originally released with a book of 100 images of the sun. Reissue in simple card cover available from www.pseudoarcana.com