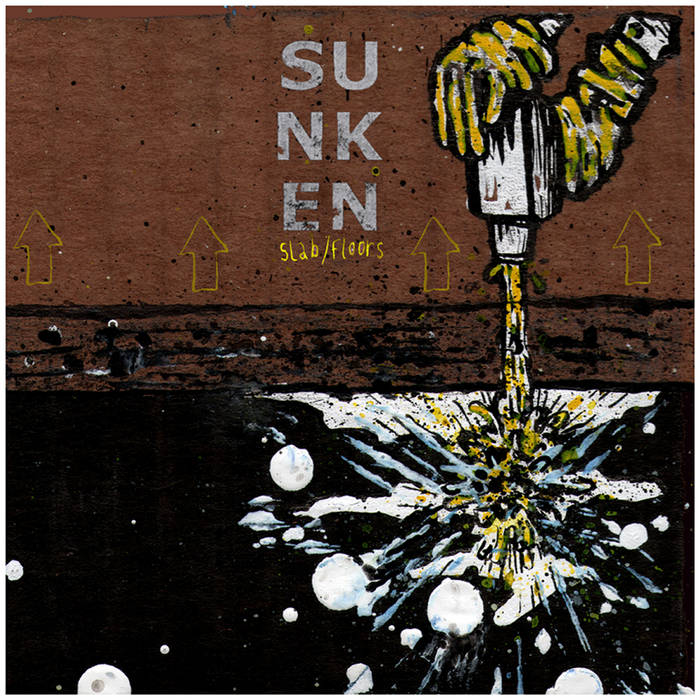 Slab/Floors is a compliation of live performances and weird outtakes that the band found rotting in an old chest at the bottom of the Cook Strait; the notorious churning channel that seperates the South from the North Islands of New Zealand. Some were recorded in an old concrete bomb shelter, another was recorded using a contact miked sofa as a microphone.

Incongruously named for the noxious work of laying synthetic flooring materials it does , at its droney muddiness, traverse regions that could be reminiscent of the wooziness induced by leaving the lid off a tin of glue for just a little too long.

Organs hum, violins squeek and voices break along the way. Don't forget to take your sealegs and please don't drink the glue.

Limited edition of 20 Lathe Cut copies available from www.pseudoarcana.com
from 11 May 2017

All tracks by Stefan Neville and Antony Milton