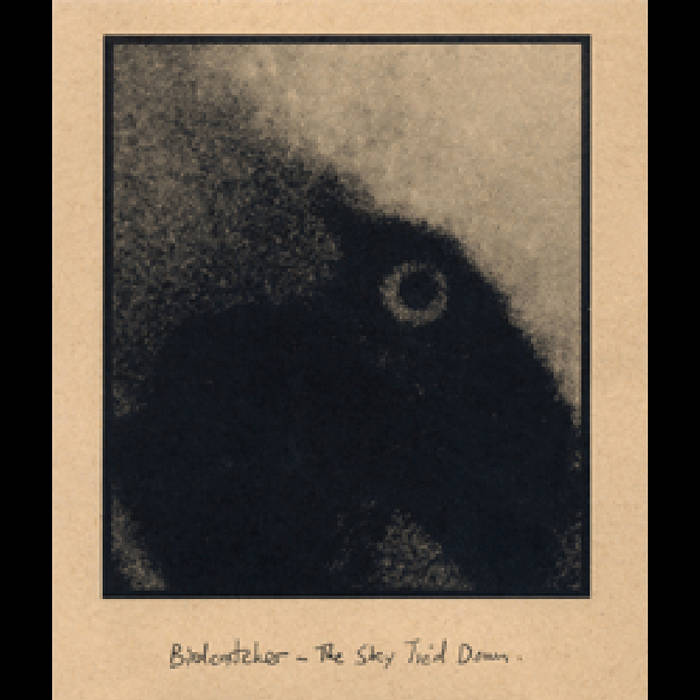 Originally released as a double CD (available from www.pseudoarcana.com )
'The Sky Tied Down' finds the duo of Bill Wood (1/3 Octave Band) and Antony Milton (Nether Dawn etc) settled down for a long session of epic dark and heavy drone-manship. Utilising heavily processed lapsteel guitars and banjo Birdcatcher embark on a glacially paced expedition to the slow beating heart of the dark eyed uber-drone.
The textural complexity of these drones retain the evidence of their instrumental sources but are transformed into something that is perhaps closer to dark electronic ambient music than might be expected from these instruments; the timbre of the banjo and guitar more reminiscent of doom metal than any sort of free folk.
Recorded in a single session direct to magnetic tape the overall sound is grainy, dense and loud. 90 minutes spent in the company of Birdcatcher is virtually guaranteed to invoke monochrome visions and weird ecstacies...
Originally packaged in a 16pg art-book of images that sought to dispel any anthropomorphic tendency in ornithology. Birds are by definition inhumane; alien.