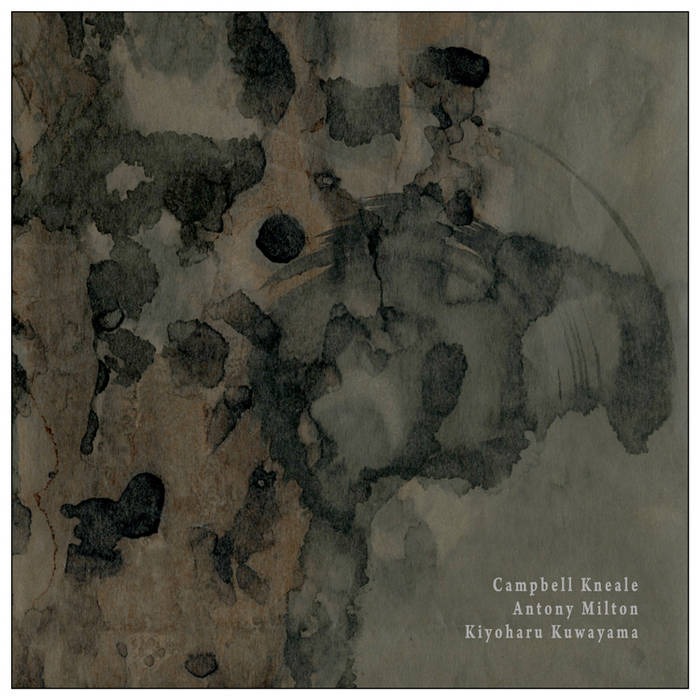 Previously unreleased recording of an epic drone recording made in Nagoya, Japan during the Birchville Cat Motel and A.M tour of 2006. Kiyoharu Kuwayama (Lethe) had been kind enough to organise us a show and then suggested that we hire a studio the next day to do some recording.
As I recall there was very little pre-amble, we arrived, set up quickly and launched straight into it. Kuwayama has done some minor editing but this record is pretty much the improvisation as it happened. Kuwuyama played bowed guitar and cello, Campbell played electronic bagpipes and ebowed strings, I played violin, live-captured tape loops and SK1. We all had contact mics and a selection of pedals.
Lathe cut is almost the perfect format for this release, the surface noise fits right in with the ghostly otherworldliness of the hiss, crackle and droning hums of the actual recording. Its a beautiful thing and effectively captures where the 3 of us were at with our music in 2006. I'd assumed these recordings long lost but am glad they weren't.